Warning: Creating default object from empty value in /home/gssn/public_html/ipsorg/blog/ips/wp-content/themes/platform/admin/class.options.metapanel.php on line 49
 Diamonds are NOT a girl’s best friend: the ugly reality of transactional sex | IPS Writers in the Blogosphere

Iraq Elections: No End to Violence A Nuclear Deal With Iran Is Still Odds-On

Diamonds are NOT a girl’s best friend: the ugly reality of transactional sex

A few months ago out of interest and as part of my research for my previous blog on teenage pregnancy, I had a chat with a group of teenagers from Soweto. We talked about transactional sex. 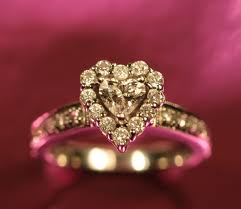 Transactional sex is a trap: Along with the goodies too often comes abuse, pregnancy and the chance of contracting HIV. Public Domain: Ruby Ran

Giggling shyly, one of the girls said: “Sometimes girls find themselves having sex without a condom because their older boyfriends can buy them stuff and they get afraid that he might leave them if they choose to say no.”

I literally felt sick in my stomach. This echoed my teenage years. After completing matric, I was in a relationship with a 36-year-old guy. At the time, it felt like a blessing to have met him just when I was going to college and he could help me financially.

I met Ike* through my older cousin, who believed in the finer things in life and that poverty could be strategically fought. She strongly believed that my beauty could and should be carefully used as my arsenal to escape poverty.

Our relationship moved fast. Before I knew it, I moved in with Ike. He was paying for college fees, buying me clothes and anything that I needed.

It wasn’t long before we started having unprotected sex.  I remember one day, lying in bed thinking about that none of us knew each other’s HIV status. I only knew that he was a successful business man from Nigeria and that he loved me.

Well, for almost eight months it felt like he did, until one day he found an sms from a college male classmate, he freaked out and chased me out.

Powerful him, powerless me

That was the beginning of a big circle of conditional relationships. Most of the time, the older men I dated held more power, not only because they were older but because they were my providers. Negotiating safer sex would be like reclaiming my power and an older man will not tolerate a 19-year-old girl telling him what to do.

Women with little negotiating power to insist on using a condom with their partners are at higher risk of becoming pregnant and contracting sexually transmitted infections, including HIV.

Could these transactional relationships contribute to the rising prevalence rate of HIV among young women in South Africa?

Sad but true, most young women know how to prevent HIV.  Something else is needed to stop this cycle of unwanted pregnancies and HIV infections. We must design interventions to educate about the risks of transactional sex and to understand why young women engage in it.

More and more South Africans are raised by single mothers. Perhaps this leads girls to look for their fathers in romantic and sexual relationships. At least, I was looking for a father figure in my circle of transactional relationships.

Transactional sex is a trap: you may get the goodies but you may also get abused, pregnant or infected with HIV.

Worse, you lose your self-worth, and it may take you years to claim it back. It is our self-worth that gives us courage to pursue our dreams.

In the week when I wrote this blog, South Africa had its fourth democratic election. Whether in the public duty of voting or in our private lives, the choice I make today will affect the quality of my life and of those around me in the future. Let’s keep this in mind every day of our wonderful lives. 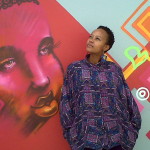 Zandi “Princess Zar” Mqwathi  is a confident, innovative young leader and a former radio personality with a zeal and drive to use her craft and experiences to educate and empower other young women.