Al Qaeda and Iran: Enemies with Benefits Obama Condemns Indefinite Detention (And His Own Record)

Rohafza spends her days sitting behind a padlocked grill door, immovable and staring at Maidani, the place her son is buried. The woman’s face is pale, and her hair is graying. For two years the door has stayed closed, barring Rohafza from seeing her son’s grave. It’s her family that is keeping her gated – for her own safety, as they say – to prevent Rohafza from sneaking out at night to scream at the grave site. 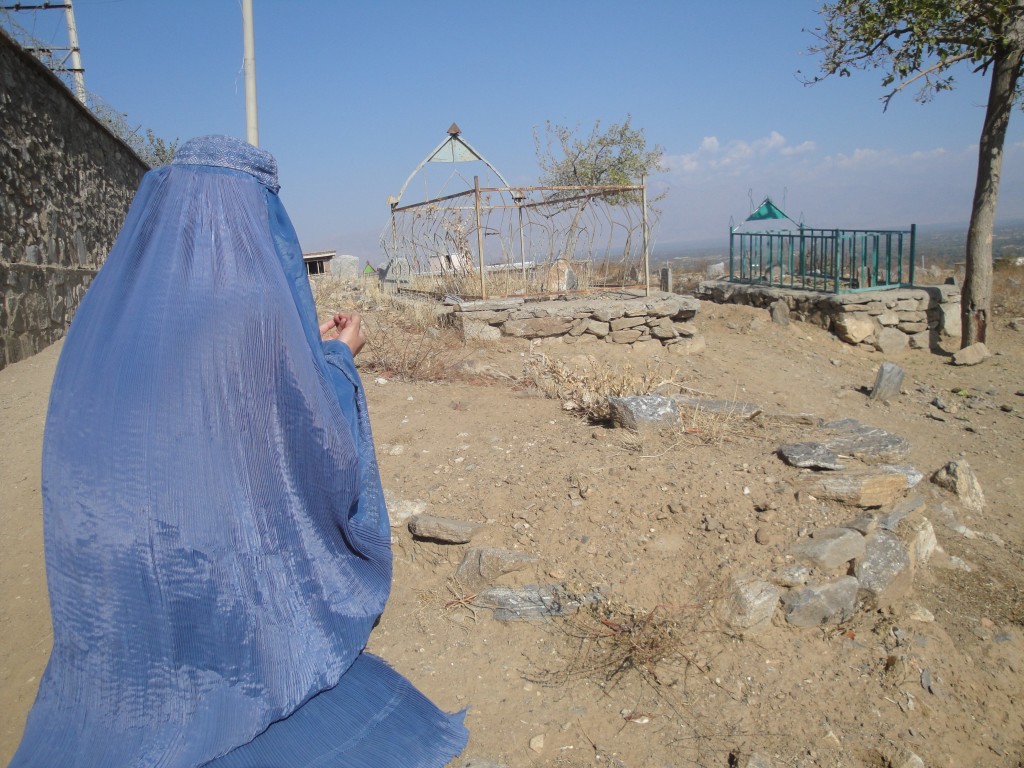 With about 50 percent of adult Afghans suffering mental health problems, Rohafza’s story is one of millions who have undergone trauma in a war-torn country with little to no mental health services and archaic practices of handling mental illness at a family level – a combination that can make patients’ lives as tragic as the events that transformed them.

In Rohafza’s case it happened 18 years ago, when 17-year old Hashmatullah, her only son, was killed in the partisan war that followed the fall of the communist government of Afghanistan’s president Najibullah (1987-1992). Mujahedin groups that had been funded by the U.S. to fight the Soviet-backed government turned their guns on each other plunging the country into bloody civil war.

A rocket smashed into their neighbourhood killing Hashmatullah, her sister’s grandson and two of their classmates. “They were just coming back from school,” says Zarmina, one of Rohafza’s five daughters

Her father was sitting outside when suddenly there was a big blast and “Hashmat and his friends were thrown up in the air.” By the time they boy arrived at the hospital, the doctors’ efforts came too late.

“When they brought his body home, it was doomsday in our house. We sisters could hardly see the coffin for the crowds that had poured in to mourn with us,” Zarmina recalls.

According to the daughter, their son’s death unhinged both her parents, but it was her mother who lost her mind, leaving the family overwhelmed with caring for her. “Sometimes in the middle of the night we would see she was not in her bed. We would find her at Hashmatullah’s grave, screaming.”

When her mother tried to burn their house down, setting the carpets on fire, according to Zarmina, the family went ahead and tied her down with a chain. “But this only worsened her condition,” the daughter says.

As inadequate as the family’s response to Rohafza condition is, professional support is nearly non-existent in this country scarred by over three decades of war. Currently, a 60-bed clinic in Kabul is the only publicly run comprehensive mental health facility, while psychiatrists remain hard to come by. A 2006 joint report by the World Health Organization (WHO) and the Afghanistan Ministry of Public Health lists the total number of psychiatrists countrywide at two.

In 2010, the situation showed little improvement, with two doctors and a total of 200 beds for psychiatric services countrywide, according to WHO in an article by AFP.

Afghanistan, however, is not an isolated case. Seventy-five percent of an estimated 450 million people with mental health issues live in developing countries, with many of them being shut away, rather than treated.

Back in their village in Afghanistan, Zarmira remembers how her brother was born after a great deal of prayer and fasting by her mother, as their father had threatened to abandon the family if their sixth child was a girl. When Rohafza gave birth to a boy, she named him Hashmatullah, meaning Greatness. But he would not live long enough to fulfill his promise, laments his sister.