Warning: Creating default object from empty value in /home/gssn/public_html/ipsorg/blog/ips/wp-content/themes/platform/admin/class.options.metapanel.php on line 49
 Memories of War: The First to Be Taken Away | IPS Writers in the Blogosphere

Memories of War: The First to Be Taken Away 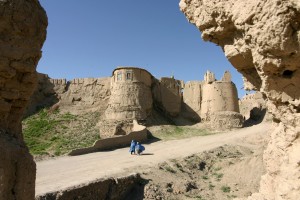 Kreshma Fakhri writes for Killid, an independent Afghan media group in partnership with IPS. By distributing the testimonies of survivors of war through print and radio, Killid strives for greater public awareness about people’s hopes and claims for justice, reconciliation and peace across Afghanistan. In this testimony, Zubaida from  the village of Qala Mullah recounts for the firs time how she, thirty-two years ago, watched her husband being taken away by Soviet soldiers.

“It was the 2nd Sawr in 1359 (April 21, 1980),” Zubaida begins her account of the events that happened 32 years ago. “My husband was visiting us in Jaghatoo district, in Ghazni. A year before the communist government of Babrak Karmal had won power with the help of the Russians (then Soviet Union).” Many Afghans were angry, she said, and “drawn into a fight between Jihad and atheism” as she says – the one led by U.S.-supported mujaheddin, the other by the ruling government.

A man named Sayed Jagran was the commander of the anti-government forces in Jaghtoo district, where they lived. “In my village, Qala Mullah, he was carrying out propaganda against the government. But few people had the time for him. Most people were working on Bande Sardeh (a dam 28 kilometres away in south Ghazni).” Zubaida’s husband Mohammad Ismail was one of those who would come home on Thursday after a week of hard work, and return early in the morning on Saturday.

“One Thursday he came back and never went back to Bande Sardeh,” she says. Russian soldiers swarmed Qala Mullah after the Ashrars (anti-government forces) had already left the area. Only defenceless people remained. “ ‘Come out of your houses,’ the Russians shouted. We trooped into a compound — my husband was the first person they led away.

Zubaida and her six children tried to stop them, but he was taken away to nearby Qala Qata. “They took him to the centre of the village and shot him for siding with the opposition,” she remembers “They had no pity on anyone. They went from house-to-house killing all the men.”

In the end, they killed 21 of her relatives. Except for one farmer who escaped there was no male left to bury the dead, she says. “We ferried the bodies in a wheelbarrow, and buried them in a pit.”

“I tied a piece of red cloth on a pole on the top of our house so the Russians would not bomb us.”