Warning: Creating default object from empty value in /home/gssn/public_html/ipsorg/blog/ips/wp-content/themes/platform/admin/class.options.metapanel.php on line 49
 Memories of War: Too Late to Restore the Republic | IPS Writers in the Blogosphere

On the 10th Anniversary of the Iraq War Memories of War: The First to Be Taken Away

Memories of War: Too Late to Restore the Republic

Noor Wali Shinwarai writes for Killid, an independent Afghan media group in partnership with IPS. By distributing the testimonies of survivors of war through print and radio, Killid strives for greater public awareness about people’s hopes and claims for justice, reconciliation and peace across Afghanistan. In this testimony, Khaled Noor remembers his father, a colonel in the Afghan army, who was imprisoned and killed for trying to restore republican rule.

In 1978, Eid al-Adha, one of the two main Muslim holidays, fell on a winter day, Khaled Noor remembers – perhaps less because of the festivities than the events that unfolded the night before.

As families prepared for the holiday, some 200 Afghan army officers gathered in great secrecy in the Asmar Division in Kunar province to discuss ways to restore the republic of Mohammed Daud Khan, Afghanistan’s first president, who had been overthrown in a coup d’etat by Noor Mohammad Taraki only six months before.

The division had an emergency airport, four residential blocks for army officers, many tanks, military vehicles and thousands of soldiers. But their attempt to restore republican rule, would be short-lived. 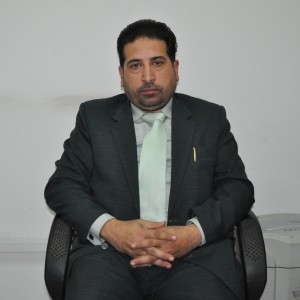 Lawyer Khaled Noor sometimes wishes “Our father would walk through the door and give us a hug”. Credit: Killid

The leadership of the division was in the hands of the highly decorated Colonel Ghulam Dastageer Khan, son of the leader of the Shinwari tribe – and Khaled Noor’s father.

Years before, in 1964, he had been given the onerous task of marking out the international border with China in the Pamir mountains – a two-year endeavor that earned him awards from both countries, followed by an appointment as assistant of Sardar Wali Khan, the son-in-law of the Afghan king.

By the time the communist party seized power through a coup in 1978, Khaled Noor’s father had become a colonel under Daud Khan.

By cutting off communications between the presidential palace and Kandahar, the communists initially managed to keep the colonel and other friends of the president in the dark about the fall of the leader.

When 200 of them finally came together back at the Asmar Division, their attempt to restore the president was in vain — Taraki soon had them arrested, imprisoned and tortured horribly.

Daud Khan’s assassination the same year was to plunge the country into decades of bloodshed and turmoil.

There was great excitement in the house over the coming feast. Suddenly there was a great banging on the front door. A military commander loyal to their father had come with bad news. “He told me, ‘Your father and all his friends have been arrested,’” Noor remembers.

“Though we were small, we knew that arrest meant death — the arrested never returned to their family. Our family and all the other families did not wear new clothes that Eid.”

The family was forced to vacate their house. Their things were put in a truck, and taken to Jalalabad. Khaled Noor says since they had no relatives in the city they went to their village in Haska Mena, Nangarhar. Their relatives saved the family from starving by sharing wheat flour and other food that they grew.

In Kabul, Hafizullah Amin, the second leftist president, overthrew Taraki. A military man came to their house with a letter for their mother.

Writing from prison, Khan said that all his friends were killed in front of his eyes. “He said he was opposed to the communists, and he would never obey them,” Noor says. “He told my elder brother to look after the family.”

The man who brought the letter said their father was in Jalalabad jail and the family went to visit the prison laden with gifts for their father. But he had been tortured a lot and he was very weak, his son remembers.

The family was in mourning when the Soviets bombarded their village in Haska Mena district.

They fled across the border to Hango in Pakistan, where the two eldest brothers worked and the other siblings, including Khaled Noor, went to school.

Now, Mirwais, the youngest, is the head of a school in Kabul. Khaled Noor, meanwhile, is a lawyer working in a communications company in Kabul. “Life is good for us, “ he says. “But we still wish our father would walk through the door, and give us a hug.”