It was sometimes lonely to be the only doctor in a remote province during Mozambique’s 17-years-long civil war. But mostly Father Aldo Marchesini was too busy. 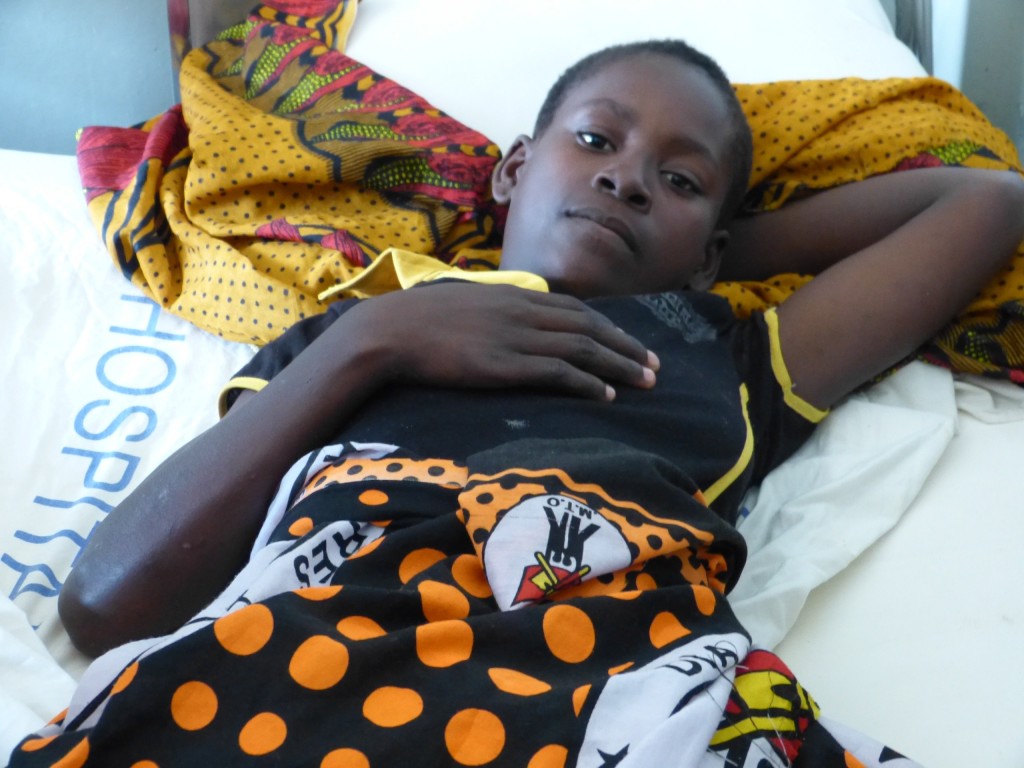 A 15-year-old girl, who was married at age 14, endured two days of obstructed labour, had a stillborn baby, and developed obstetric fistula, recovers from fistula surgery at Nampula Central Hospital, Mozambique. Every year, some 400 women develop obstetric fistula in Mozambique – most are teen mothers and child brides. Credit: Mercedes Sayagues

As the only surgeon for more than half a million people in Tete province, he might do 10 operations a day, besides regular medical consultations. While in Mocuba, in Zambezia province, he performed 1,500 surgeries in one year. The days were long, the conditions harsh, the lack of medical supplies serious.  In the mid-1980s, he was happy to welcome the North Vietnamese doctors sent as aid workers. Although they did not share any common language, they were company and shared the long work days.

Marchesini, an Italian priest and doctor, arrived in Mozambique in 1976, just after independence, and just as civil war broke out.

Among all the horrors of war – landmines, bullets, amputations, mutilations, and malnutrition – one plight particularly moved him: the women with obstetric fistula, estimated to be 100,000 in the country.

Obstetric fistula is a lesion that causes a hole in the tissue of the vagina, the urethra or the rectum, leading to urinary or faecal incontinence. It is caused by long and complicated births without proper medical care, when for days the baby’s head pushes on the surrounding tissue, tearing them, according to the United Nations Population Fund. 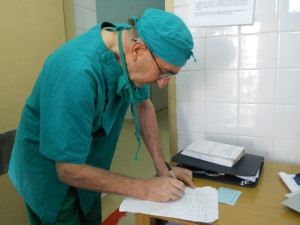 Marchesini had learned to operate fistula with a missionary in Uganda. In Mozambique, he mastered the delicate surgery and he trained all the local doctors who operate fistula today. Marchesini taught them not only the skills, but the passion and compassion that infuse his work. This earned him the 2014 United Nations Population award, shared with Johns Hopkins University, which will be presented in New York on 12 June.

Every year since 1985, Marchesini and his team of doctors stage “fistula campaigns” in the central and northern provinces. Women from remote districts come to referral hospitals to be free of the incontinence, shame and social exclusion that fistula brings.

Not only did Marchesini operate, he also raised funds in Italy for hospital and transport costs and to help these women start a new life selling used clothes in their homes.

Early on, Marchesini realized that media, especially community radios, were key in the campaign against fistula. Journalists can explain how to avoid it (give birth in hospital, discourage early marriage and pregnancy) and can inform women about treatment and cure.  Talking to media was part of Marchesini’s  job.

Sometime in the late 1990s, Marchesini contracted HIV, probably, as he told me, “from delivering babies and operating without surgical gloves, which were scarce during the war.” He discovered his status in 2002, during a medical check-up in his home country, Italy, for a stubborn bronchitis. 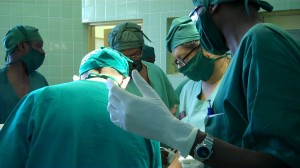 Marchesini (left front), operating with his team in Beira, has taught every surgeon who repairs obstetric fistulas in Mozambique. Credit: Mercedes Sayagues/IPS

“I felt that my life, until then in the same railway carriage as everybody else, had suddenly gone on another train and another railway to a new destination,” he told me. He immediately started on antiretrovirals.

When he returned to Mozambique, although at the time AIDS was surrounded by shame and stigma, Marchesini did not hesitate in going public with his status, to show that HIV knows no social boundaries and that one can live positively with the virus.

He was the first and practically remains the only professional person who is publicly open about living with the virus in Mozambique, where stigma doggedly clings to HIV.

Marchesini’s adventures and reflections as the lone surgeon during the war are recorded in his memoirs, scattered chapters in a lively prose, written in Italian and Portuguese when he goes on holiday once a year. It is a moving history of rural health during a civil war, with a deep tenderness for the plight of children and women.

Two years ago, the town threw a party to celebrate his 30 years at the hospital. Hundreds came to thank him. Through northern Mozambique, people call him “o padre milagreiro”, the miracle-making father.

A man of characteristic modesty, Marchesini is uncomfortable whenever he hears this. “I just do my work”, he says.