Warning: Creating default object from empty value in /home/gssn/public_html/ipsorg/blog/ips/wp-content/themes/platform/admin/class.options.metapanel.php on line 49
 Uruguay on the Verge of a Marijuana Revolution | IPS Writers in the Blogosphere

Uruguay on the Verge of a Marijuana Revolution

Reactions were prompted worldwide, from Time magazine to the United Nations Office on Drugs and Crime, when this small South American country said it would legalise, control and tax the marijuana market. 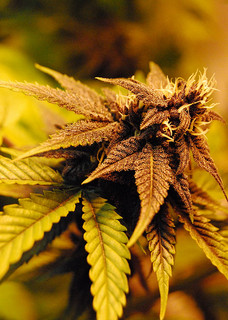 The government of Uruguay wants to put marijuana under state control, including local cultivation, selling to consumers over 18 years old and registering users in a data base with records of their consumption patterns.

The proposal includes a maximum personal quota of 30 grams per month, assuming that any request beyond a daily gram would be considered a “harmful addiction”. In that case, the consumer should be counselled and treated.

Marijuana use is not illegal in Uruguay, but the law doesn’t establish a personal amount limit, which is at the judge’s discretion. This legal loophole typically ends with consumers in jail. Between 2006 and 2009, 681 consumers were indicted with possession of just a few grams. Official estimates count 150,000 marijuana consumers in a national population of 3.3 million.

Of course, users rely on drug dealers to get marijuana, and the act of buying is glued to the act of selling, which is illegal.

The government says it is looking for a marijuana market separate from the harmful one of ‘pasta base’ or cocaine sulphate – an intermediate product of cocaine hydrochloride processing – also known as the drug of choice for poorer classes and associated with severe addiction and an increase in violent crimes.

Marijuana is the fourth most consumed drug in Uruguay, after alcohol, tobacco and pills – all of them regulated.

While other countries have also reformed their marijuana policies, like the United States and the Netherlands, one thing is clear: The global war against drugs has failed. In Latin America, this failure came with catastrophic doses of corruption, violence and human rights violations.

Meanwhile, as the UNODC reports shows, illegal drug markets remain stable and are even expanding to new regions and products, like synthetic and genetically modified substances, which don’t substitute plant-based drugs (i.e. coca, poppy and cannabis) but widen the variety of supply.

Uruguay’s proposal brings this striking reality to the fore. If it manages to pass into law, it could be the first step in an unfamiliar field at a national policy level.

But many crucial questions remain answered.

How will Uruguay manage to embrace this legislation without breaching its commitments as a signatory party of international conventions on drug control? How will it avoid becoming the region’s weed heaven?

If the growth and violence of drug traffic is one motivating factor in the Uruguayan policy, which exposes weak performance by enforcing agencies and the judiciary, how will the state manage to enforce this new system?

For me, the most relevant questions are about young people and health.

Is 30 grams per month a fair threshold for harmful use or abuse? This weight is based on daily use of one gram. But heavy cannabis use is generally defined as daily or near daily use. While cannabis is considered a soft drug, it is far from innocuous.

If official figures are correct, more than a half of newest weed consumers are 15-17 years old. Marijuana is sold at almost every high school doorstep, with 14- and 15-year-old boys and girls smoking freely by the street. What will happen to these consumers if the state controlled the market only for adults?

An expert who works on drugs and adolescence in this country told me that most of the weed sold in Uruguay is genetically modified and the psychoactive effects are three or four times more powerful than common varieties.

The physical and psychological effects of those GMO porros (marijuana cigarettes) are difficult to absorb at such a young age, he added.

Youths are already being neglected in so many ways in this aging population country. Around 40 percent of children are born in poverty. Meanwhile, there is a strong campaign to reduce the age of criminal responsibility from 18 to 16.

In this context, Mujica’s government should avoid that passing its liberal weed policy ends up pushing young consumers to the illegal corner instead of helping them to cope with harmful use and promoting their health, freedom and well being .

President José Mujica and his aides have explained their rationale and delivered details, but the initiative has yet to be cemented in a written bill.

The government seeks to crack down on consumption and drug traffic, reducing dealers’ profits. A tax on the new product will bring resources to rehabilitation programs, but it is not yet clear if the state would control cultivation and selling or if it would issue licenses to a private and closely regulated sector.